Three Lessons Learned from a Hate Incident at University of Delaware 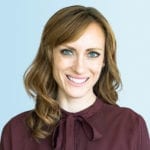 On a Friday night in April, University of Delaware students who were members of a fraternity hosted an off-campus party. As a man who identified as both Latino and gay was leaving the party, a white fraternity member called the man an offensive slur. A fight broke out, leaving the victim with a broken leg. Local police responded to the incident, and the victim was taken to the hospital. A short time later, a video of the fight began picking up momentum on social media.

On the following Monday evening, NBC Philadelphia aired a story about the attack, and several days later, students affiliated with the LGBTQ community organized a protest on campus to raise awareness of the attack and other aggressions the LGBTQ community had experienced. The protesters were soon joined by members of other groups advocating for issues they cared deeply about.

Students also planned to protest the upcoming weekend’s Decision Day event wanting to warn prospective students about what it was “really like” to attend the University of Delaware. Decision Day is the university’s largest admissions event of the year. About 1700 admitted students were expected to attend with their families. The enrollment team was concerned that the incident and escalating tension on campus would jeopardize the success of the admissions event.

The enrollment team jumped into action. Decision Day needed to be a success despite the intense negative attention University of Delaware was receiving. On the day of the event, students ultimately decided not to protest, and prospective students and their families did not express any concerns about the current climate on campus.

It wasn’t luck that made the event go well. Because of UD’s thoughtful and swift response, an incident that could have rapidly escalated into a full-blown crisis was diffused. What can enrollment leaders learn from UD? Let’s look behind the scenes at what was happening on the administrative side, identify the three core elements of UD’s effective response, and see how these elements can be applied to your campus.

Nearly all institutions have a crisis or emergency management response team. Typically, this team has representatives from departments like campus police and facilities who are doing active shooter training and making natural disaster evacuation plans. Student-facing leaders are often not included. As a result, this team can be ill-equipped to appropriately respond to complex incidents that involve students’ attitudes, beliefs, identities, and behaviors.

UD’s crisis response team were the frontline responders to the attack. Because the team included student-facing leaders, such as the Dean of Students and Director of Student Diversity & Inclusion, who understood the nuances and layers involved, the team made well-informed recommendations about how the university should respond.

Does your institution’s crisis response team include team members who are involved in and knowledgeable about students’ campus experience?

Do members on the team understand the enrollment implications of campus climate crises?

2) UD leadership swiftly responded to the attack, providing talking points and a president’s statement within hours of learning about the incident.

Enrollment leaders know the importance of providing professional and student staff with talking points to respond to questions they might get about a campus incident, but there is almost always a delay in frontline staff getting them. At the heart of the delay are a couple of issues: 1) senior administrators can be slow to acknowledge there is a problem and to mobilize around it, and 2) senior leadership is leery of making decisions and talking about what happened without fully investigating an incident and having all the facts.

At UD, the communications officer shared talking points with the enrollment office within hours of learning about the incident. And the institution didn’t just stop there. That same day, the president issued a strong statement to the campus and the media signaling to students and the wider community that the university had heard and was taking action. As a result of transparent and timely communication, much of the tension was diffused.

Who is responsible for creating talking points at your institution when a crisis hits?

What barriers might you encounter in communicating swiftly with prospects and their families or responding to their questions about something that has happened?

3) UD’s enrollment manager communicated closely with the Dean of Students as events unfolded.

Student affairs should be your ally in preparing for and responding to campus climate crises to mitigate the impact to your institution’s brand and reputation. Often, Enrollment Management and Student Affairs are siloed, and Enrollment Management can be blindsided by an event that other departments already had their eye on.

At UD, there is a strong collaborative relationship at many levels between the Divisions of Enrollment Management and Student Life. As students mobilized on campus in response to the attack, the Dean of Students observed the protests and kept the Enrollment Manager informed of how his office was responding both to support student protesters and to ensure the campus wasn’t disrupted.

A strong collaborative relationship between student life and enrollment management is critical to maintain a finger on the pulse of the campus climate and to respond effectively. We recommend you check in with student affairs and the office of diversity and inclusion in the week prior to an on-campus enrollment event. Via email or an in-person conversation ask:

Are you aware of planned student protests?

Is it likely that a disruptive campus incident could occur that would impact the enrollment event?

We surveyed 106 chief enrollment officers regarding the fundamentals of their operations, then put the high-level takeaways in infographic format.