Highlights from a nationwide survey of enrollment leaders 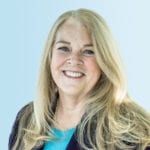 Few news items have prompted more urgent conversation in the enrollment community than the recent changes to NACAC’s Code of Ethics and Professional Practice (CEPP) guidelines.

Some of that discussion has focused on whether the changes are a good thing for students and families—a question on which opinions differ significantly. This lack of consensus mirrors a broader uncertainty about what will happen in the current and future enrollment cycles. While the broad outlines of potential developments are clear, there is no certainty as to how many institutions will pursue more aggressive recruitment strategies enabled by suspension of the guidelines or how quickly they will do so.

Shedding light on these questions is an ongoing priority for the EAB Enrollment Services team. That work began a few weeks ago, with an online panel discussion about implications of the guideline changes, and will continue as long as there are important issues to be addressed. Most recently, we surveyed enrollment leaders at 159 colleges and universities nationwide, asking how they are thinking of responding to the changes. This post presents a selection of especially noteworthy findings from the survey.

The most commonly cited tactic was to increase summer onboarding communications with students—a course of action that 80% of survey participants said they were evaluating, presumably to fend off competing schools pursuing their already-committed students. Schools considering going this route should recognize the importance of quality (as opposed to quantity) of onboarding communications. This includes ensuring close coordination between the many different departments that reach out to incoming freshmen—an area in which missteps can seriously undermine affinity-building with students.

Survey respondents also reported plans to move key onboarding milestones forward on the calendar. This includes assigning academic advisors, on-campus orientation days, communication related to academic schedules, and housing assignments. (However, no more than a third of respondents are considering any one of these approaches, possibly because they do not control this timeline.)

The survey also asked participants about tactics based on financial incentives. Thirty-three percent said they were seeking scholarship dollars with which to recapture students enticed to withdraw by a competitor’s lower net price offer. An additional 31% are thinking about increasing their enrollment deposit—an approach intended to discourage students from reneging on their commitment by creating a steeper financial penalty for doing so (and/or to prevent students with a low level of commitment from depositing in the first place).

Schools considering raising their deposit should be sensitive to unintended negative consequences that may result—e.g., the missed opportunity for further engagement in cases where students discouraged by the higher dollar amount choose not to deposit. There is also the real and perceived negative impact on low-income families, who may not have available funds to make the deposit and may feel unwelcome as a result.

While most enrollment leaders surveyed said they had no definite plans to adopt more aggressive recruitment activities, a large minority are considering doing so. For example, 22% said they are considering intentionally recruiting admitted freshmen who have already committed to another institution.

Listen to the full expert panel

Our survey results indicate that enrollment leaders’ planned responses to the CEPP guideline changes vary markedly.  But what, if anything, can we say about likely outcomes, beyond the not-so-helpful observation that opinions differ?

In this context, it’s helpful to consider what may happen when a school taking a conservative approach is confronted with more aggressive actions from a competitor.

“We may consider other actions or changes depending on what other schools do.”

“We will increase competition – no holds barred!”

While a majority of survey respondents said they were not considering adopting more aggressive recruitment tactics, it is more accurate to say that they are not planning to do so proactively.

It’s hard to imagine most enrollment leaders adhering to former CEPP principles in the face of aggressive competition in an environment where many schools didn’t meet headcount or net revenue goals, or both, in 2019.  It seems likely that there will be a chain reaction when one’s direct competitors adopt more aggressive tactics.

This new state of affairs is sure to take many enrollment leaders outside their comfort zones. Without the guardrails of NACAC policy to guide them, they will need to work out what constitutes acceptable practices congruent with their institutional mission, values, and culture.  To the extent that leaders use this challenge to focus even more intently on the needs of students and families, there is a small silver lining in an otherwise unsettling set of developments.

Tune in to learn key offensive and defensive approaches to enrollment strategy following the changes to NACAC’s Code of Ethics and Professional Practice (CEPP).

By Madeleine Rhyneer
Madeleine leads enrollment consulting at EAB. As vice president of consulting services, she supports current and future partners as they seek solutions and best practices to succeed.
Blogs

What the NACAC vote means for enrollment leaders