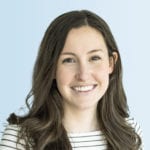 As a part of our ongoing effort to track independent school enrollment trends during the COVID-19 crisis, EAB conducted a monthly Enrollment Pulse Survey between June and August 2020. July’s pulse survey asked enrollment managers to share current enrollment data, information on changing financial aid needs, and ways in which schools are working to retain current families. The resulting data came from 32 enrollment managers from independent schools across the country—here are four key takeaways.

While lower, middle, and upper school enrollment remained strong, schools with early childhood programs reported an average 5% decline in preschool enrollment between April 1st and June 1st. This reflects pervasive concerns about enrollment among independent schools’ youngest students, and is unsurprising given that younger students are the most difficult to engage in virtual learning. Ultimately, this trend will be one to continue to watch in the coming months.

Nearly all schools reported an increase in the number of financial aid requests due to the pandemic, with only 3% of schools saying they had no new requests. For schools that did see increased demand, requests overwhelmingly came from both families already receiving aid and families who had not previously received it. Nearly three fourths (71%) of schools reported having a separate fund to meet these needs. Other ways schools are addressing increasing demand for aid by taking the following steps:

Given this nearly universal increase in demand for financial aid, independent schools will need to focus on responding efficiently, effectively, and proactively if they want to maintain the strong enrollment numbers we are currently seeing.

How connecting with families now supports retention for fall 2020

As seen above, financial aid will continue to be a critical tool in retaining students for the coming school year—a strategy that was reflected in both our May and June survey results. The majority of schools continue to offer increased aid as a retention strategy in two ways: increasing the number of families receiving aid and the amount of aid provided per family for those that were already receiving it. Most schools are also offering tuition relief by way of crisis funding.

Interestingly, this month’s survey saw a significant jump in the percentage of schools offering modified payment plans as a retention strategy. In May, 61% of respondents reported offering modified payment plans in response to the pandemic. This month’s data saw that number jump to 78%, making it the most common retention strategy among responding schools. As deadlines approach for tuition payments, it appears schools are responding nimbly to address immediate financial strain or concern in an effort to secure existing enrollments. It also indicates that schools acknowledge that the pandemic will likely continue for some time and are tailoring their retention strategies accordingly.